Brand New Show
Power Rangers Ninja Steel
Red, pink, blue, yellow, gold and white - are these the colours of the rainbow, or the colours of a new generation of your favourite heroes?

The new generation of the teenage ninja warriors are back and they won’t stop until all evil has been eliminated and Earth has been saved! The new Power Rangers series follows the young enthusiasts on their mission to beat Galvanax, the reigning champion of Galaxy Warriors, the top intergalactic game show in the universe. Galvanax is determined to become invincible by controlling the mythical Ninja Nexus Prism! The only thing standing in his way is the Power Rangers who possess the Ninja Power Stars! Will Galvanax succeed or will the Power Rangers prevail?

Did Ben choose the watch, or did the watch choose him? These are the questions ten-year- old Ben has been asking himself since his discovery of the ever mysterious Omnitrix! With his cousin Gwen and grandpa Max, the three together form one heck of a team. Their mission … SAVE PLANET EARTH. Despite how normal Ben appears to be, it is clear that the 10-year-old is anything but! Join this alien-shifting, bad-guy fighting hero on all his day-to-day adventures and experience an average day, the Ben way!

Special New Episodes
The Powerpuff Girls
Watch out Blossom, Bubbles and Buttercup, there’s a new mysterious character in the city of Townsville!

The city of Townsville is protected by three super-cute yet super-ferce little girls, Blossom, Bubbles and Buttercup, aka The Powerpuff Girls! The arrival of a new stranger to their little town is causing quite a stir. Who is this mystery person? Where does this stranger come from? One thing is for sure ... Professor Utonium has a lot of explaining to do! Get ready for some exciting new episodes of the Powerpuff Girls in a 5 part episode special. 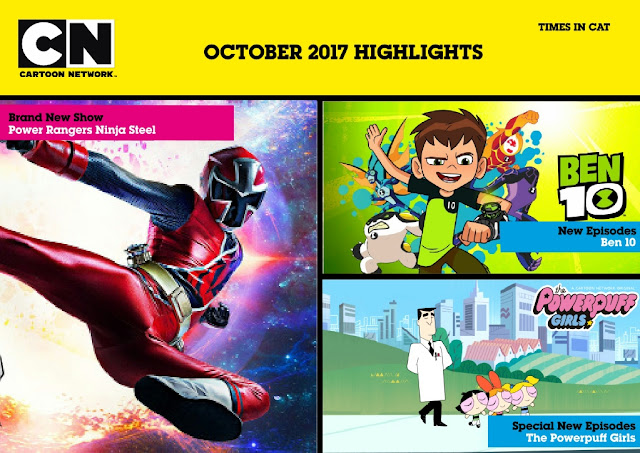