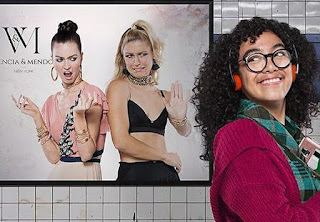 Precious Rose
Premieres Monday 1 July At 18:00 CAT/17:00 WAT/19:00 EAT
A wealthy sophisticated woman (Rosaura)
abandons a newborn baby girl in a
boarding school, and leaves nineteen
diamonds with her. 18 of the diamonds are
meant to pay for each year of her school
expenses, until the baby reaches eighteen
years old, and the last diamond is pink
colored, and is supposed to be given to the
baby girl when she grows up and is ready
to leave the school. Years pass, Rosa turns
into a beautiful young lady. Her biggest
treasures are her boundless imagination
and her friendship with Eva, who is another
girl at the boarding school.
One fine day, Eva meets a boy named José
Ignacio, a wealthy young man who makes
fun of her and pretends his name is Adam,
just to lure her in. The young Eva falls in
love and ends up pregnant but Jose
Ignacio leaves her. After giving birth, a
terrible car accident abruptly ends Eva's
life. Rosa, who was also in the accident, is
mistakenly identified as Eva in the
aftermath, and Rosa lets everyone believe
she really is Eva so that little Eduardito will
not end up in an orphanage. Rosa sets on
a plan of revenge on Jose Ignacio, who just
happens to be Eva's cousin, Barbara's
fiancé. She also strives to give Eduardito
proper love.

Betty In New York (NEW)
Premieres Monday 15 July At 17:00 CAT/16:00 WAT/18:00 EAT
The series revolves around Beatriz Aurora
Rincón Lozano, an intelligent and capable
young Mexican woman who lives in New
York City who goes after her dreams,
overcoming prejudices in a world where
image is everything. After suffering six
months of rejection in all jobs that she
applies due to her lack of physical
attractiveness, Betty decides to accept a
job far below her abilities. Thus, after
entering the sophisticated fashion company
V&M Fashion, she becomes the personal
secretary of the company president.
Although she is ridiculed and humiliated on
a daily basis for being completely lacking
in style, Betty is more than willing to not
be defeated in this ruthless war of
appearances. While she is extremely
competent and has great plans for personal
growth, none of her many qualities will be
able to help Betty find true love.

Woman Of Steel 5 (NEW)
Premieres Monday 22 July At 21:00 CAT/20:00 WAT/22:00 EAT
Pregnant during eight months, the time
comes when Vicenta Acero (Carolina
Miranda ) decides to bury her husband
Daniel Philips (Luis Ernesto Franco), who
died after six months have been in a coma.
During the funeral of her husband, Vicenta
communicates anonymously with Alberto
Fuentes (David Chocarro) FBI agent to
inform him that the murderer of her
husband is at the funeral, after following
the track of the call, arrives at the funeral
in where is Vicenta and he realizes that it
was a false alarm and begins to argue with
Vicenta. During the discussion Vicenta
begins to give indications of giving birth
and there is only time for her to give birth.
Alberto of the nothing receives the son of
Vicenta and between them a very strong
bond is born that unites them immediately.
On the other hand, El Teca (William Miller),
who supposedly died at the hands of
Salvador Acero (Michel Duval) 5 years ago.
El Teca returns after spending 6 years in
prison in the United States just to get
revenge on the Acero Family, who ended up
with his entire family and his cartel. His
only goal is to kill Vicenta's son. Vicenta
and Salvador both dedicated to the
breeding of horses and Josefina and El
Gallo dedicated to politics, have been
completely isolated from all the problems
for 6 years and away from any danger, but
suddenly they will be forced to flee when
they find out about the repair of El Teca.
Who will use unimaginable methods to
destroy them all. Meanwhile, La Tuti ( Ana
Lucía Domínguez) has managed to keep her
son out of Mexico thanks to the profits she
has obtained in her business of exotic
dancers, but she will be forced to be always
protected by guaruras, to avoid that El Teca
extorts her and wants to take away her son
Álvaro.
Despite all her efforts to keep her family
together and safe, Vicenta will make a
difficult decision; Get away from your
family and your new love together with your
child. Away from her family, Vicenta
together with her son will face many
dangers, but not everything is bad for her,
on the way away from her family and the
whole world she meets Lucas Iglesias
(Guillermo Zulueta), a hippie who gives her
an inn on the beach where he works. In this
new refuge, she meets La Mecha (María
Rojo), who suddenly becomes a new mother for Vicenta; and Nancy ( Patricia Manterola) who becomes her best friend. In this new world in which everyone just wants to defend their children, Vicenta and La Tuti
join forces to end El Teca, and thus be able
to give their children a better future and to
sleep in peace.

The Boss
Premieres Wednesday 24 July At 16:10 CAT/15:10 WAT/17:10 EAT
Gabriela Suárez (Aracely Arámbula ) is the
only woman working in the gold mine that
gives life and name to the town of San
Pedro del Oro. Gabriela is the daughter of
Tigre Suárez, the most experienced mining
place, but being a single mother and
suffering the taunts and abuse from some
of the miners, this causes her strong
character rebels against these abuses.
Posted by Insidus at 01:42:00