Zindagi Ki Mehak To Travel To South Africa; Karan Vohra To Be Part Of The Shoot

The fans of Mehak will get a reason to rejoice as the show has been chosen to air original episodes for a new channel of Zee TV to launch in South Africa.

Producer Saurabh Tewari helmed banner, Parin Multimedia has given the TV viewing audience in India the entertaining concept of Zindagi Ki Mehak. The show which starred Karan Vohra and Samiksha Jaiswal garnered huge popularity and reached its closure recently after a good run.

Yes, you heard it right!!

This only means that in addition to the 500 plus episodes of Mehak, the viewers in South Africa will see nearly 150 plus original episodes.

News coming to us is that Karan Vohra has agreed to be the face of the channel, and will shoot for the original content that will be shot in South Africa.

A source states, “Karan has been offered huge money for this shoot in South Africa while Samiksha Jaiswal has not taken the offer. She will not be seen in the original content.”

With this, Parin Multimedia will be producing the South African series and become the first production house to shoot original content for South African network.

We hear that Karan Vohra along with Sharma family and new South African actors will shoot for the original content.
We buzzed Karan, Producer Saurabh Tewari and channel spokesperson but did not hear from them. 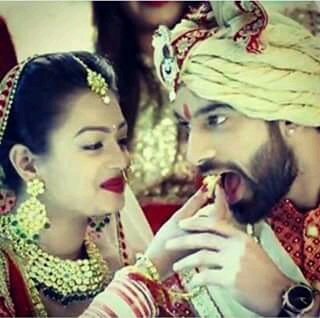 On Saturday, 31 March 2018 Glow TV was still a glow on DStv channel 167 and by Sunday, 1 April at midnight, the channel was snuffed out and now it looks like this:

The channel itself hasn't shut down because it's still available on OpenView HD and StarSat so what's going on?

TVSA has been receiving a blitz of queries from Glow fans asking what's going on and why the channel's soapies are no longer airing on DStv so we've been trying to find out - which has been easier said than done!

When only one channel doesn't get renewed.

The story starts last month when DStv published a press release stating that Glow TV would stop airing on DStv, with no reason given. All the release said was that Glow's contract has come to an end and the rest was an extended plug for other channels that also feature Indian soapies. This from the release:

Glow TV’s contract with MultiChoice is coming to an end, which means the channel will stop airing on DStv from 31 March 2018.

Three things happened after this:
1. Glow TV launched an urgent application in the Johannesburg High Court against DStv, disputing the shutdown of the channel. The court ruled that Glow and DStv should resolve the dispute through arbitration.
2. The Glow TV soapie teasers disappeared in the crisis. TVSA has tried to get them from the channel but they haven't been available.
3. TVSA sent this query to MultiChoice:

"Please can we get comment from MultiChoice on why Glow won’t be on DStv anymore? We‘ve carried the Glow soapie teasers for years so we’d like to find out why to give readers insight."
We received this one line response from the MultiChoice Corporate Communications department which didn't answer the question:

"The contract has come to an end."
D-Day looms

On Thursday, 29 March, Nazeer Noormohamed, CEO of Glow and Managing Director of Nis Media (the South African-owned company who own Glow) launched an urgent court application to try to keep Glow on air until the arbitration between DStv and Glow has been completed.

The arbitration hasn't happened yet so Glow applied to stay on DStv until this has been done. The court refused the application, stating that the channel is on air because of its availability on OpenView HD and StarSat.

On Thursday evening, TVSA spoke with Nazeer after the court judgment. He told us that Glow would still be proceeding with the arbitration but he was concerned about the amount of time it will take.

"We're still going to continue an arbitration," Nazeer told us, "but these guys could now delay, delay, delay and before you know it it's six months or a year that we've been switched off.

"If we were switched on and then there was a delay, we wouldn't mind but now we're switched off and you know, a court process, so we could go for two years and then say, 'Yes, you're right, they can't switch you off,'but is there any point to that?" W.H.Y.

We think they're promoting Zee TV. We came to find out that they're paying Zee TV to be on air and they're not paying us so Zee TV's got an advantage over us. Zee TV owns a share or owned a share with New Age, which is the Gupta family and there was a link between the two.

"I think Zee was behind it."

"You know, MultiChoice didn't want encryption on the government set boxes, and the minister, who was the last minister, was the one who was supporting DStv, you know that, politically, although the ANC was against it".

"The ANC said they wanted encryption but the minister himself and the president was supporting MultiChoice/DStv and that's what we believe, it is our belief that the Guptas influenced whoever to say "Support DStv" and DStv in turn supported the Guptas with Zee TV and now all this has to come out and how and when - do we have the energy to take it on? I don't know.

We're going to go for the arbitration, even if it's just academic, it's fine. But wait, the plot thickens...This isn't the first time that Nazeer and the Guptas have made the headlines when it comes to matters of TV.

In September last year City Press reported that Nazeer and a consortium that he headed-up (Southern Star Mega Investors Group) offered the Guptas R600-million for their Infinity Media (which includes ANN7), which the Guptas sold to Mzwanele Manyi for R450-million instead...what about e?

Interesting to note is the shutdown of Glow comes in the same month that eBella launched on DStv, which, as DStv's press release emphasises, also has Indian soapies. The launch of eBella takes the e stable of channels on DStv to five.